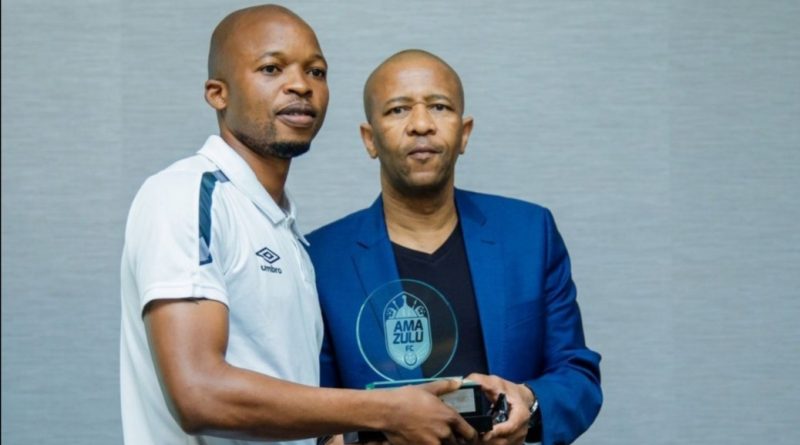 Zimbabwe Warriors and Amazulu midfieder Butholezwe Ncube has been awarded with the ‘Usuthu Spirit’ award for his dedication and loyalty to the team.

The 30-year-old former Tsholotsho F.C star midfieder was presented with the award at Amazulu’s end of the season award ceremony on Wednesday.

The Warriors midfieder endured a rough patch at Amazulu in the previous seasons mainly due to injury, featuring in only 16 league games during 2020/21 season.

The Zimbabwean was rarely used in the previous season under coach Benni McCarthy but surprisingly survived a massive clearance that took place at Usuthu recently that saw the club offloading 15 players including those that featured regularly last season.

The list included the likes of Luvuyo Memela, Tapelo Xoki, Augustine Mulenga and Xola Mlambo who were among the top players at Usuthu last season, but were all released.

Ncube joined Usuthu in 2016 from Matebeleland North based, Tsholotsho F. C and has been one of the most dedicated and outstanding players at Usuthu both on and off the field, engraving his name among the stalwarts at the club.

His patience and support to the team never changed even during last season where he rarely featured on the match day squad.

He has been part of the team’s preseason preparations ahead of the new season. His current contract at the club runs until 2024.