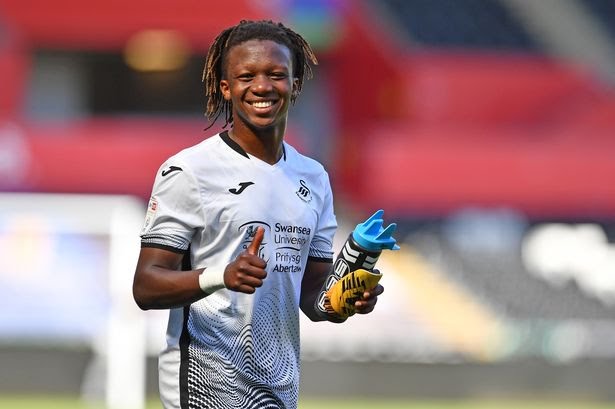 Zimbabwe-born and Swansea City teenage defender Tivonge Rushesha has been named the club’s Under-23 Player of the Season for the 2021-22 campaign at the club’s annual awards dinner.

The 19-year-old Wales-age grade international picked up the under-23 Player of the Season award for his leadership and performances in a development side also adjusting to a new system and style of play- a challenge he has risen to with maturity and poise.

The highly rated right-back broke into the first team in 2019/20 season at the age of 17, after some stand out performances for the U23s- making him one of the youngest players ever to appear for Swansea City first team, but suffered a career set back in 2020/21 season with an anterior cruciate ligament that kept him on the sidelines for 10 months.

He has risen to claim back his position and captained the team with maturity. They are currently on 8th position in the professional league log table with 24 points from 24 games.

He is slowly getting back to the form that formed his solid foundation at the club.

Although Rushesha has played youth football with Wales’ national age-group teams, he has previously declared his desire to be part of the Warriors in the future.