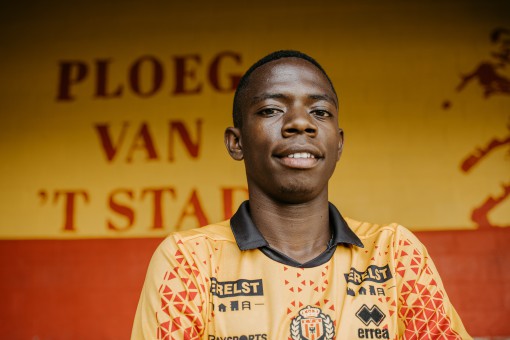 The Belgian professional league side KV Mechelene have completed the move of the budding talented youngster Bill Antonio from Dynamos on a two-year deal with another two years to renew.

The 20-year-old former Prince Edward High school was announced on Wednesday after passing his medicals having arrived in Belgium earlier this week.

The former Dynamos youngster impressed during a three weeks trial stinct at the Belgian side in August this year and the club has moved to complete the deal of one of the talented youngster in Zimbabwe so far.

Antonio will begin his journey with KV Mechelene under-23 squad to get accustomed and begin his integration to the first team.

“Bill is a fast right wing with an action in the feet,” says sporting director Tom Caluwé. “To integrate, he will play with our U23 at the beginning.

The Dzivarasekwa born speedy winger, reportedly ‘blown everyone away by his performances during a three weeks trial period scoring three goals in three matches for KV Mechelene.

Antonio came on the scene after his outstanding performances for the Harare giants where he made 28 appearances and scored 11 goals since making his debut last year in the Chibuku super cup match.

He has also made an appearance with the Zimbabwe Warriors after given his debut by former Warriors coach Norman Mapeza during a World cup qualifyer against South Africa in 2021.

He becomes the first local based player in recent years to secure a direct move from Zimbabwe to Europe.